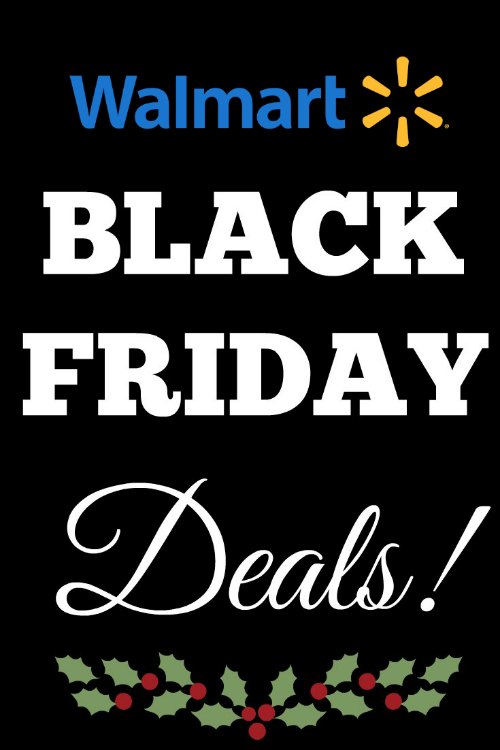 The Walmart Black Friday Ad for 2015 has been released. Right now it is only available on the Walmart App.Look for it soon on the Walmart website. There will be different start times as they are spreading out the deals.

The 2015 Walmart Black Friday ad is out! As of right now, the only place you can find it is on the Walmart app but I’m sure it soon be available on the official Walmart Black Friday Headquarters page. Before we look at the individual deals below, let’s talk about what you can expect to find in this ad.

The One Hour Guarantee program is virtually identical to previous years. Each OHG item will have it’s own line in the store and you can start buying the items at 6PM on Thanksgiving Day. If you get to the front of the line and they are sold out, you will pay for the item and register your receipt on Walmart.com/1HourGuarantee. Your item is then guaranteed to arrive at your store by Christmas. As a personal note, I did this last year and got my TV by the 2nd week in December. You can get in as many lines as you can before 7PM but after that hour, there is no longer a guarantee of being able to get the item.

You will be able to find great deals on phone including $200 off any iPhone and $250 off any Samsung Smartphone but you will have to set an appointment to activate the phone for after 9PM or some time in the following days. No phones will be activated from 6-9PM on Thanksgiving night.

There are also great deals on new tires. If you decide to purchase tires, you will given a Guarantee Card guaranteeing you the right to buy up to 8 tires at the Black Friday prices but will need to schedule a time to come back the next day or following to get the tires installed.

In years past there were multiple time slots with some deals being available on Thanksgiving Day, then other deals not starting until 8AM on Black Friday, then a 3rd set of deals activating at 10AM on Friday. These staggered tiers are done away with this year, every deal is available in-store at 6PM on Thursday

Walmart has announced that virtually every deal will be available online at 12:01AM on Thursday. As of right now, it appears that the One Hour Guarantee items will NOT be available online but those may be the only deals you won’t be able to find at Walmart.com. There may not even be a reason for most of us to even go to a Walmart on Thanksgiving, we can get all our shopping done before the turkey goes in the oven.

It appears that wristbands are done a little differently this year. They don’t appear to be for the One Hour Guarantee items but rather “Wristbands for in-demand products will once again be handed out for popular items like the HP Laptop, 55” Hisense Smart HDTV and RCA 8” Tablet, so customers know when a product is no longer available.”

Just like last year, there will be tons of info on the Walmart app including store maps and where the lines for the One Hour Guarantee items will be at in each store.

All right, now that all that is out of the way, let’s look at some deals! The list below is not every deal but just some highlights. You can find the full Walmart Ad on the Walmart App.

Need help sticking to your budget? Check out this post on how to create and stick to your holiday budget.