The Cheap Sally Dance Party I’ve been talking about for several weeks was a huge success and so much fun! The food was fantastic, which is a rarity among these types of parties, there was an incredible turnout, the music was rockin….

As you can see, I had the chance to see Cheap Sally in person… 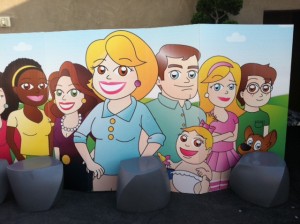 But the best part of all was the huge announcement…. 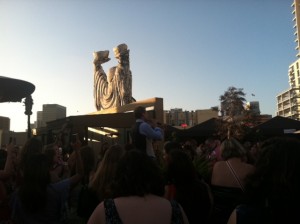 What was the huge announcement? Cheap Sally announced the “Cheap Sally Bring Home the Bacon” contest, where one lucky winner will win a $100,000 job for 2012. 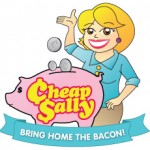 There are many things I love about this contest. Of course, the $100,000 is incredible. I also love that you won’t have to quit your job or relocate to fufill the position. All you have to do is write a couple blog posts for Cheap Sally each week about money saving coupons and deals!

Sign up for the contest now and voting begins on September 1, 2011.

Do you have a passion for saving money? Enter the “Cheap Sally Bring Home the Bacon” contest today!