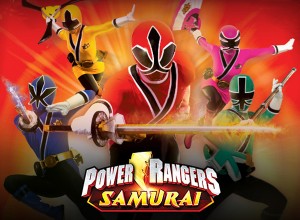 Nickelodeon executive, Pete Danielson stated the following in a press press release:  “This new season of ‘Power Rangers Samurai’ will feature all-new heroes, villains and special effects while keeping the core messages of friendship, teamwork and empowerment that the series has always exhibited.”

With all new heroes and villains, The Power Rangers may be back ‘in-style’ for the younger children.  Generally my siblings (5 and 8) watch anything on Nickelodeon, and I am guessing The Power Rangers Samurai will be no exception.  Based on the season premiere, I predict that this new series will promote positive messages in general aspects of children’s lives.

In addition to the new televison series, The Power Rangers Sumarai, children can participate online with PowerRangers site, emPower.  The website is a good resource to help children learn good family values including topics of: Standing for What’s Right, Teamwork and Cooperation, Confidence, Health and Physical Fitness, Caring and Friendship. You and your child can turn to emPower online for a new after-school activity and let us know what you think!

You can catch the The Power Rangers Samurai on Sundays at 12 (noon) 11central time on Nickelodeon beginning this weekend!

This post was sponsored through One 2 One Network. Post was written 100% by me and was not edited by the sponsor. Read more on my Disclosure Policy.