Many of us create New Year Resolutions each year! Let’s create realistic goals for 2014 that we can actually stick with and re-evaluate those goals every quarter and make adjustments as needed.

There are couple of things I accomplished in 2013 that were not on my goals and resolution list. One is so embarrassing but now that I’ve overcome this bad habit, I feel like I can share. If you know me, I’m sure you had already noticed my disgusting habit of biting my nails. So gross. Sometime this summer I just decided I was going to quit. I’m in my mid 30s and was still biting my nails. Just wrong. Anyway, I accomplished it by getting a manicure and just being determined to stop.  It’s almost been 6 months, which is a record for me on not biting them all off. I still have a hard time not biting my nails when I’m driving. No, not because I’m nervous of my own driving but because I get bored and feel like my hands need to be doing something. The result is non-chewed up hands. They aren’t perfect but it is a huge improvement.

(One little tip, doing a gel manicure at home helped tremendously! I put it on really thick, which was actually an accident but it ended it saving my nails during a three weekend move. I lifted, carried, and unpacked countless boxes and didn’t lose one nail. Normally, they would chip or snag on something but they were so thick nothing was stopping them. The home gel kit came from CVS/pharmacy. The one I did at home worked out better than the one I had done weeks later at the nail salon. They used that stinking rolling board thing and filed the top layer of my nail down way too far and the gel wasn’t nearly as thick as the one I did at home. My nails all ended up breaking just doing simple stuff around the house. So, I guess I won’t be doing that again at least at that particular nail salon.)

Okay, that was much longer than I thought it would be! Back to current goals.

I’ll be writing them down and sticking them somewhere I can see them on a regular basis. We’ve created this printable so that you can do the same! 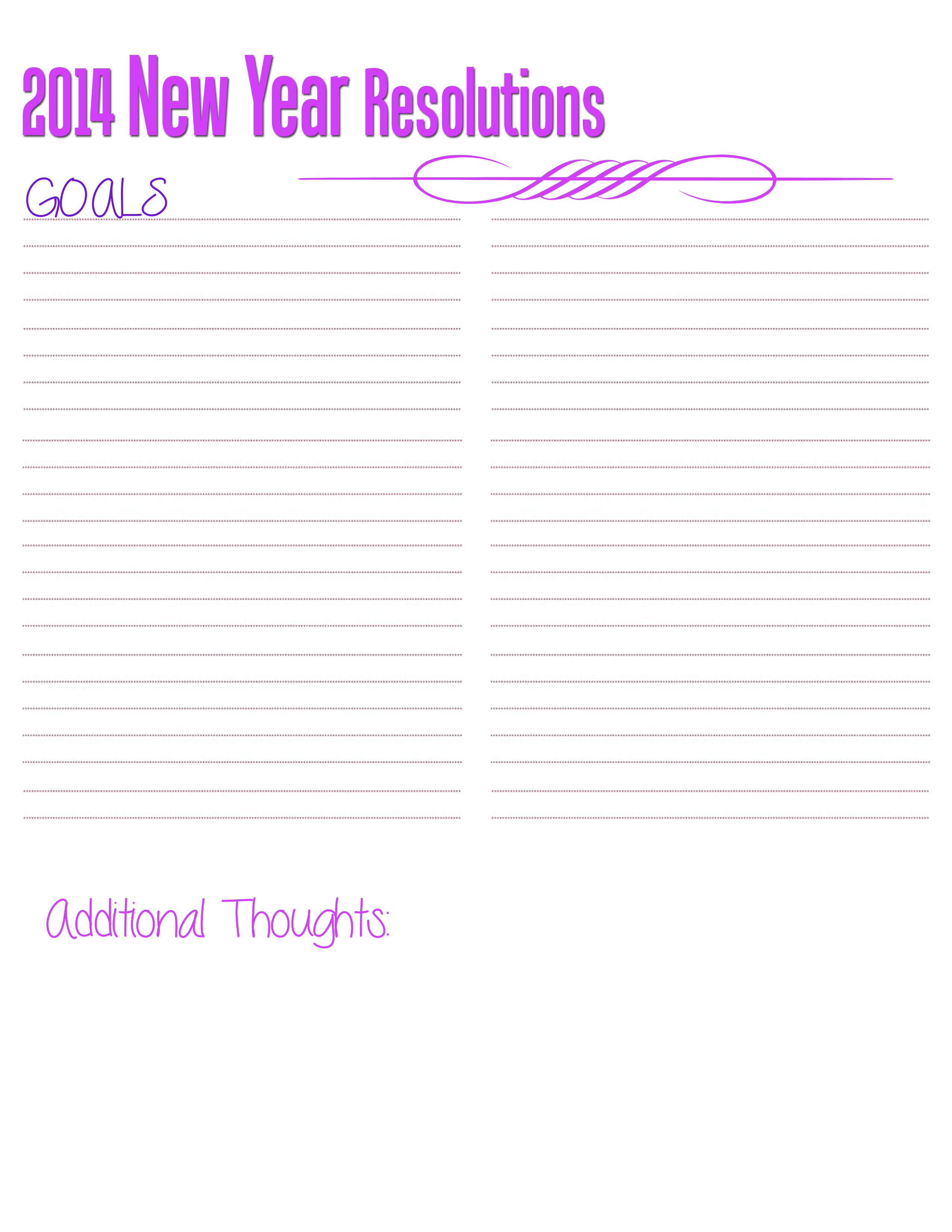 To print: Right click and save as to print.

View all the other FREE printables we have posted.