This blog post is part of a paid SocialMoms and Disney Planes Fire & Rescue blogging program. The opinions and ideas expressed here are my own.

Disney Planes Fire & Rescue is coming on Blu-ray Combo Pack and Digital HD November 4th. This heart warming and thrilling story is a must on your holiday list this season! Disney Planes Fire & Rescue follows the story of Dusty, who learns he may never race again while he joins forces with a team of veteran firefighters to battle a huge fire. Dusty learns what it takes to become a true hero. This past summer, I took my children to see this movie and I thought it was the right amount of funny, thrill, and a wonderful message about teamwork.

A hero by definition is “a person of distinguished courage or ability, admired for his brave deeds and noble qualities.” Not everyone can be a super hero but we can all be ordinary, everyday heroes by doing the right thing whether it be a big things or a small thing. Working as a team in a large family is a heroic quality in my book! This past year my family has shown they have heroic qualities by working as a team while we moved and settled into a new to us home.

Working as a team in a large family is a must! It keeps everything running smoothly. Our team work skills were put to the test over the past year with a from the country to the city. Everyone in the house helped pack their boxes, load and unload boxes, and unpack their own stuff. Some, like the older kids, did more actual heavy lifting than the younger kids but they all helped in their own way. My husband and I were both surprised and impressed when our oldest son, who was just 13 at the time, successfully put together his own bed as well as his little brother’s bed as well. He didn’t just think of himself but he thought of his little bro too.

This spring, we decided we were going to spruce up the landscaping at our new home ourselves. This involved quite a bit of teamwork but everyone in the household got involved. From smaller jobs like planting flowers and pulling weeds to larger jobs like cutting and removing the sod, everyone worked as a team. I’m not at all saying it was all roses and sunshine, there was complaining involved and occasionally someone would try to go in the house to use the restroom and nevery come back. In the end everyone worked hard and became my little everyday heroes with their huge help working together as a team to tackle our landscaping issues! 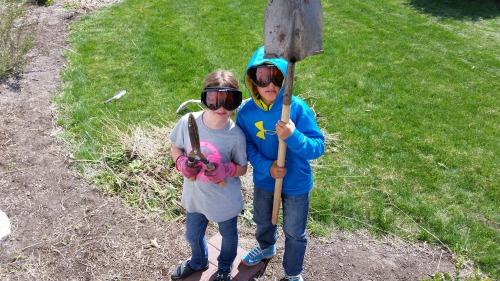 (The ski goggles were to help protect their eyes from the elements! I’m not sure which one of them came up with the idea but it was a windy day and dirt kept flying!)

Who are your everyday heroes?

Bring home the thrill of a lifetime with Disney’s Planes Fire and Rescue. This heart-pumping comedy-adventure features a dynamic crew of elite aircraft devoted to protecting historic Piston Peak National Park from raging wildfire. When world famous air racer Dusty learns that he may never race again, he must shift gears and is launched into the world of aerial firefighting. Dusty joins forces with a team of veteran firefighters and together, they battle a massive fire and Dusty learns what it takes to become a true hero. 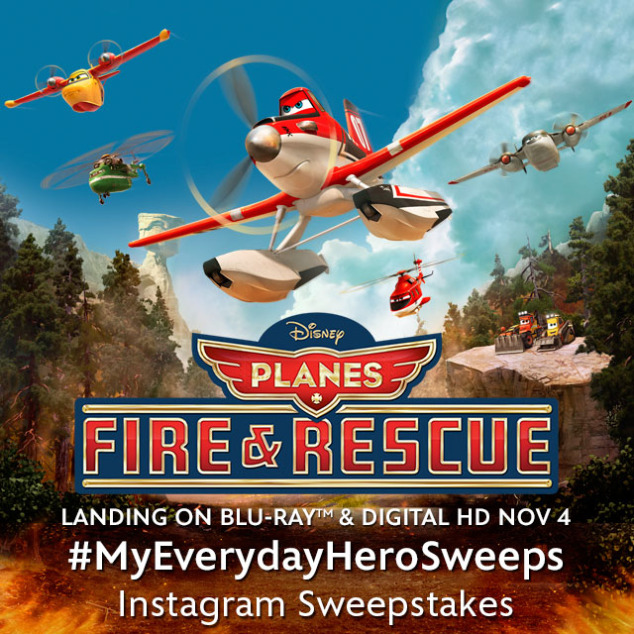 Keep up to date with all the latest Disney Planes Fire & Rescue news by following on Facebook!

This blog post is part of a paid SocialMoms and Disney Planes Fire & Rescue blogging program. Rest assured, this Post was written by me and was not edited by the sponsor. Read more on my Disclosure Policy.