You are here: Home / Freebies / Understanding the Difference Between Thrifty and Cheap 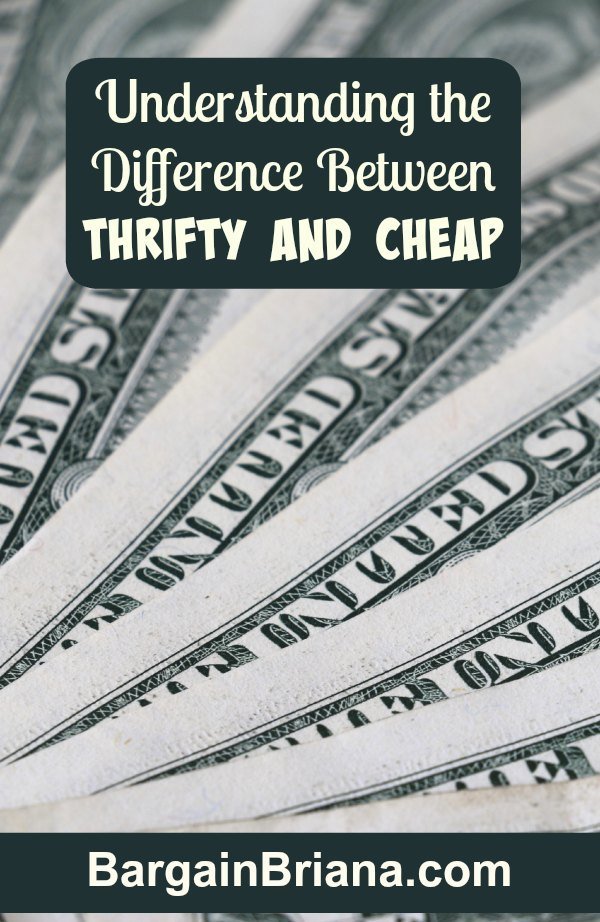 It’s easy to mistake the quality of being thrifty with just being plain cheap. Thrifty is good, cheap, well, not so much. Cutting corners to save a few bucks is okay as long as it doesn’t sacrifice quality or safety. Check out these examples that show the difference between thrifty and cheap.

What do you do if you have a plastic drinking cup that is cracked? The cheap person tries to glue the crack or put duct tape over it while the thrifty person will spend a few pennies buying a replacement at a local thrift store.

A cheap person refuses to spend any money for any reason. The thrifty person will find ways to spend less money or save money when they do need to spend it.

Safety may be one of the most noticeable differences between thrifty and cheap. Someone who is simply cheap will ignore safety concerns in the effort to keep from spending money. A person who is thrifty will pay attention to safety and will work to find ways to ensure safety while still saving money.

For example, a lamp with frayed or damaged wires is unsafe. The options are to repair the lamp or replace it in order to avoid a fire hazard. To repair the lamp, you either need to purchase a few items such as electrical tape or new wire.

A person who is cheap may refuse to buy the necessary items because they don’t want to spend money. So instead, they will use whatever they have on hand to make an unsafe repair (duct tape is not exactly safe on electrical wires). Replacing the lamp would not be an option for the cheap person, because again that would require spending money.

A thrifty person, on the other hand, would probably repair the lamp (and look for bargains on the items needed for the repair) or shop at a thrift store for a replacement.

Another difference between thrifty and cheap can usually be seen in the way utilities are handled. A person who is cheap and doesn’t want to spend money may turn the thermostat down to the lowest setting possible during the winter to save money.

A thrifty person will take that a step farther. They will weatherize their home with plastic over the windows or heavy drapes and weather stripping. Some of these items may have to be purchased or they can occasionally be found at thrift stores. A thrifty person will look for ways to conserve heat during the winter instead of turning the thermostat down as much as possible.

In a nutshell, a thrifty person recognizes the necessity of spending some money in order to save more money later on. A cheap person will prefer to not spend any money for any reason, or will cut corners on safety and quality in order to save.