You are here: Home / Freebies / What Do Your Bargain-Hunting Moms Watch on TV? 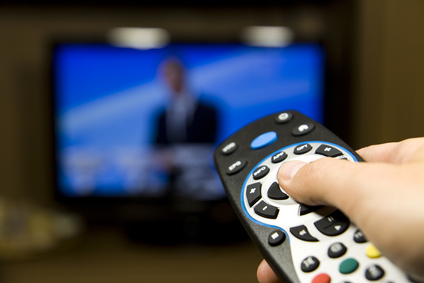 The mundane ad “As Seen On Television” isn’t just for products any more — it’s for bargain hunters inspired by craploads of reality shows, like “Auction Hunters” and “Pawn Stars” or something like that. As the treasure-seekers go to pawn shops, swap meets, storage auctions and charity shops, moms everywhere are beginning to notice the trend. Grandmothers are digging through an attic full of collectibles. Learn how to find designer clothing for pennies on the dollar, take your coupons to the next level, and become inspired to install direct tv to watch all these reality shows with the information below.

After a week of buying groceries, paying bills and putting gas in the car, sometimes there just isn’t any money left for new clothes. That doesn’t mean you have to kick fashion to the curb, however. “Fashion Hunters” follows the staff of the New York-based bargain boutique Second Time Around as they peruse thrift stores, garages and attics for designer clothing at cheap prices. “Fashion Hunters” will help you hone your eyes for deals. The Second Time Around team collects these diamonds in the rough at its chic shop, which garners patronage from savvy socialites and hipsters alike. They’ll help you fill your closet with similar gems on a tight budget. Watch old episodes at Bravotv.com.

If you think your coupon-clipping habits are efficient, wait until you get a glimpse of what lengths the stars of TLC’s “Extreme Couponing” take to score a deal. These bargain-obsessed shoppers spend hours scouring newspapers, magazines and websites for discounts, 2-for-1 deals, free samples and other coupons. Whether you’re an experienced couponer or a baffled beginner, “Extreme Couponing” can offer valuable advice to help you save money in daily life. During a recent episode, a dynamic couponing duo admitted “Couponing is on our minds all the time.” There’s nothing wrong with saving money, but couponing isn’t the most important thing in the world, despite what subjects on “Extreme Couponing” tell you. The show airs Thursdays at 8 p.m. on TLC.

Pawn shops have developed more of a reputation for shady deals and clientele than for good products at low prices. “Pawn Stars” follow the Harrison family, which runs Gold & Silver Pawn, a decades-old shop passed that sells everyday items alongside rare gems. Gold & Silver Pawn has sold Super Bowl rings, historic samurai swords and even a Picasso painting. Luxury items aside, the value of “Pawn Stars” is in its characters — the Harrison family has a knack for negotiating. Viewers can see how expert pawners value items and barter deals. Use these skills the next time you browse a garage sale, or visit a local pawn shop with confidence.

Article by Kate Diaz: Kate is a midwife who shares tips on women’s health and wellness.