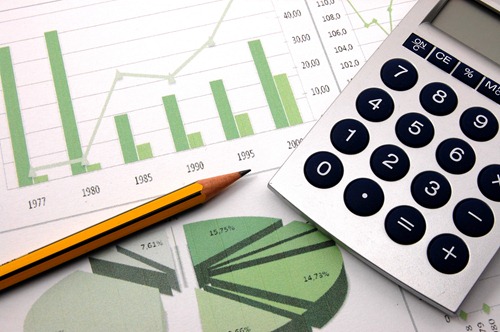 Budget and stick to it.

As long as you have enough money to pay your bills and  are still able to have a little fun, you don’t need to budget, right? Wrong! This is how we have been rolling for awhile and while we do have savings and investments, there are still so many “leaks” in our system and need to get a handle on it before it’s out of control.

Over the past couple of weeks I’ve been setting up our budget on Mvelopes.com, which is the online virtual envelope system. I know that cash envelopes would just not work at our house. With Mvelopes.com, I can set up our budget and fund the envelopes virtually. So far, it’s pretty cool with integration with my bank accounts. Paying attention to the categories is really helping me say no to things.

For example, on the kid’s last day at home, I had to drive to Indianapolis to pick up a final payment for a project at work (my other non-blogging job.) It was around lunch time and I knew the kids would be hungry. Instead of shelling out $15-$20 for lunch and drinks, we used our free hamburger coupons we had from the Halloween booklets. I brought a reusable bottle of water and wheat thins for a snack. I had a coupon for a free mocha. Our cost for lunch was zero. Yeah, I know Mocha for lunch isn’t really a lunch, right? I had a protein shake before leaving the house and the peppermint mocha was my treat. If I hadn’t been thinking of my envelope plan, I may have let them get drinks or a order of french fries. Things they don’t really need and are leakage in my cash.

Since we were in the area, we picked up our FREE Meijer gallon milk and picked up $5 worth of lunch meat for school lunches next week. School lunches are another huge cash leakage area. It’s around $2 for a lunch per child per day. Multiple that by 4 kids x 20 school days in a month. Add in a the extra milks, extra drinks, occasional snacks, and we are over $200/month for school lunches. If we make lunches at least 3-4 times a week, that will be a huge cost saving. We have already been doing this for the months of November and December.

Another place we stopped was Barnes & Noble because the two little kids wanted to spend some Christmas money on books. I can’t argue with them wanting to spend money on books. Plus, I love just browsing the book store. However, I usually can’t leave without buying a cookbook or two, which I then never use or forget about. I have way too many cookbooks especially considering I find most of my recipe inspiration online. Okay, so I held myself back and found the author’s names on a book I was interested in and low and behold she has a website with a recipe I wanted to try. Yay! I jotted down a few titles to look at later too!

The kids spent within their budget and the littlest had a little change left over. I was impressed that they were highly interested in the bargain book shelves and didn’t throw a fit when I said no on $17 activity books, even though they had enough money. I was even impressed that the littlest said “This book is a rip-off, it’s $18.” Okay, it was super cute and very nicely illustrated but we have too many of those books at home already so they are already learning!

Use Pantry and Freezer Stockpile in January.

Our pantry cabinet is overflowing. Hey, I get good deals, ya’ll. It really needs to be trimmed down. After posting a picture of my after pantry this fall, I had several commentators suggest getting rid of the shelves in front of the shelves, which I need to do. This will save space and probably help me cook from the pantry more because it will be more organized.

This month so far, we’ve done good at using items in the pantry. I cooked my White Bean Chili using black beans instead of white beans since that is what we had in the pantry. I created a Lentil loaf using a package of lentils that had been in the pantry. I will post the recipe later this month. Those are just a couple of example of how we have tried to use our stockpile this month.

The freezer is another task. We have so much meat in there because we bought half a cow and a some huge amount of pig. According to my family, this is the best meat and it the beef usually averages to around $1.99/lb for every cut of meat. This saves me from having to buy meat throughout the year. This also means we have a huge freezer full of meat. Yum (haha from the vegetarian.) I will be making plans for the ground beef and sausage to make week night dinners easier.

Going along with the clean out the pantry is more cooking from scratch. Some things are much more inexpensive to make yourself at home than the buy pre-packaged at the store. For example, I love cooking up huge batches of black beans using homemade taco seasoning. More recently, I discovered how easy it is to make vegetable broth. I’m learning these things that many of you probably already know how to do. These are small things that are just as easy to do at home.

To get a little head start in the kitchen, I organized and cleaned out my cabinets surrounding the oven. I organized my spices and made sure the things I use most often are the most accessible.

Lastly, I’d like to share all of these changes, recipes, and organizational changes I make with you on the blog on a consistent basis. I already have a back log of recipes and organization to share with you from the last couple of months. Bargains and coupons are great but I think these frugal living tips will be just as important as a quick deal! It will probably take some time away from me doing the deal posts, which means you will just be getting the best of the best of the deals and bargains!