You are here: Home / Articles / {Raised Bed Gardening Part 2} Putting Together the Soil

A few days after I put together my raised garden beds, I headed to Menards to work on my soil. The reason why I choose Menards is I had several certificates that I had been collecting since apparently 2007. So I would have the least out of pocket by going there and using these certificates.

I had read in several places that the best mix for your raised gardens is: 1/3 compost, 1/3 peat moss, and 1/3 vermiculite. There are mix theories on vermiculite so make sure you get organic if you plan to use it. Otherwise, I think using a soil that is designated for vegetable growing will probably work just as well! 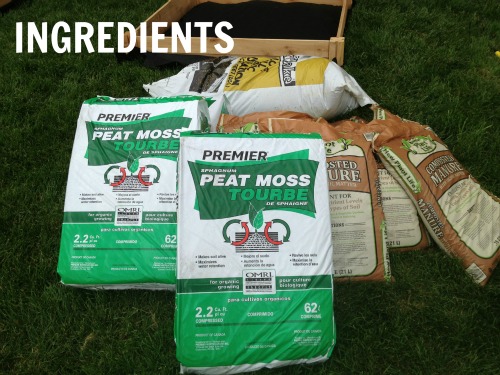 Others suggest getting a tarp to combine your mixture. I am too lazy and too cheap to buy something else so I did it in smaller batches in 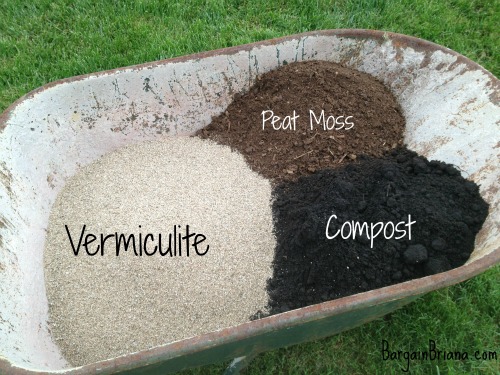 Mix together and it will look something like this: 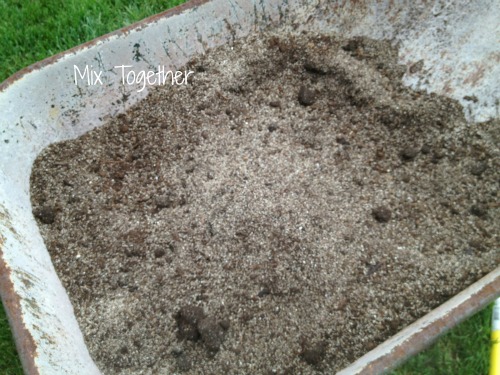 I used weed mat that I purchased at Menards only to find out I still had some from our last flower project in our barn. Oops! Well now we have more. You can use layered cardboard with newspapers for your weed barrier if you prefer to go a more frugal route. 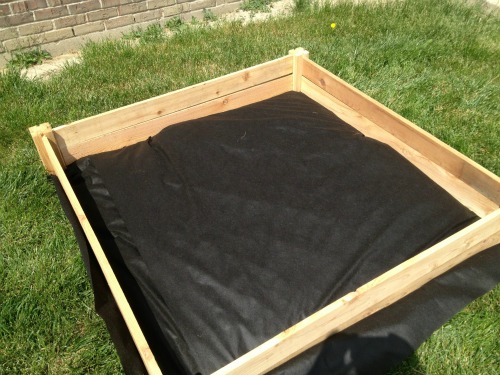 After mixing your soil mixture together and securing your weed barrier, dump your soil into the raised gardens. 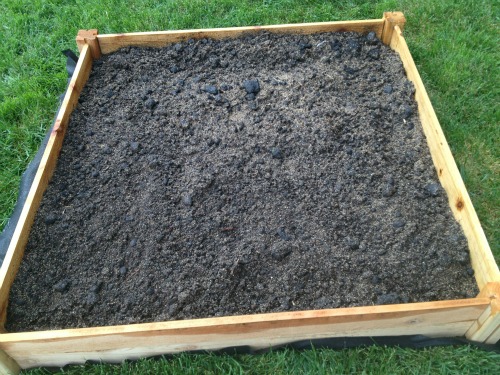 Woo hoo – done with this step! The hardest part of this step was unloading all those huge bags of compost and peat moss. They are heavy and I had to walk around the house to get them to my garden. I used the wheel barrow some but it was still a good workout for that day! 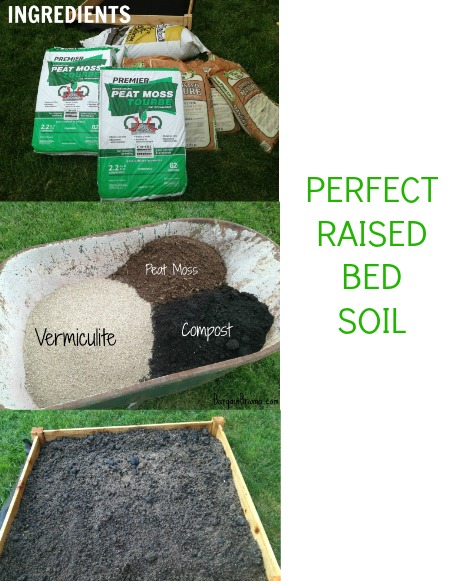