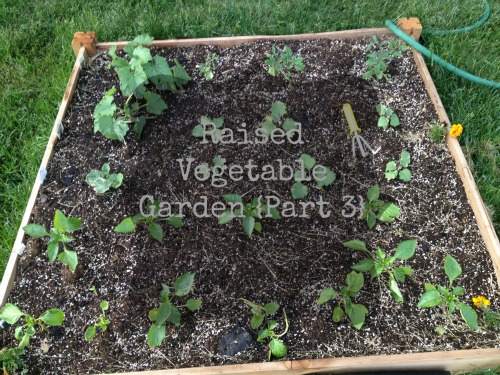 A few days after I put together my raised garden beds and creating my perfect raised bed garden soil mixture, I headed to Menards to get my plants and seeds. Yep, I made two separate trips to Menards!  The reason why I choose Menards is I had several certificates that I had been collecting since apparently 2007. So I would have the least out of pocket by going there and using these certificates.

Before heading out to Menards, I created my garden planner over at Gardener’s Supply Company. They have a handy tool that you can create your site map and drag and drop the items you are planting into your garden. It will tell you how to space the items, how many to plant within each square, and other relevant information about your chosen vegetables. It is very handy.

When making my decision on what to plant I considered the following:

Those were my qualifications on what to plant in my garden. Save money by starting your seedlings indoors before the season starts. I didn’t get going that early so I purchased everything as a small plant except the green beans and peas.  Oh and when you leave the store to head over to your next stop (mine being ALDI across the street), make sure your hatch is down. I didn’t realize I had left my hatch up until I came OUT of ALDI after an hour or so shopping trip. Luckily, nothing was stolen including my precious vegetables! 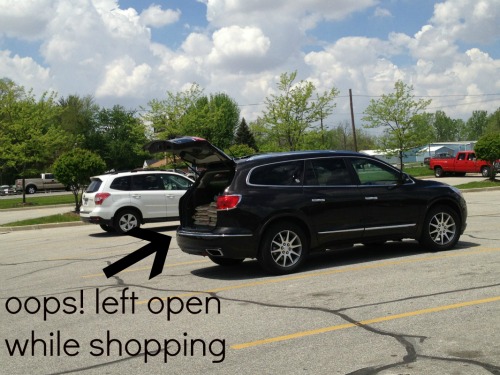 Did I really just admit I did that?

Okay, so I planted my goodies spaced out as best as I could per my worksheet. Here’s one of the gardens after planting: 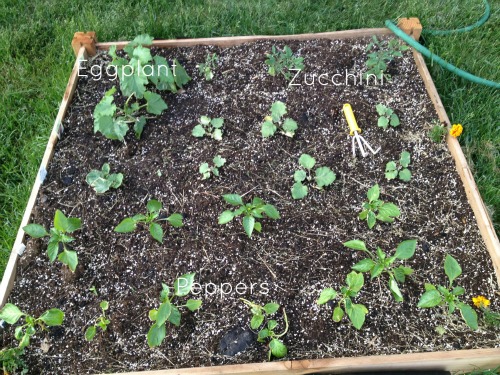 Stay tuned for Part 4 in this Raised Vegetable Garden series when I discuss what is growing!