Our summers get so incredibly busy especially now with two boys in travel baseball and another child who is almost done with Pee Wee baseball along with just normal life and work! In the past we have tried to do too big of a garden, in my opinion, which has contributed to the overwhelming aspect of gardening. There was also the issue of a water source. The hose would have to be dragged quite a ways to the garden. When we would come home after 9 p.m. after a baseball game, we just wouldn’t have any energy left for the garden.

It wasn’t all a failure. We did can around 20 cans of tomatoes and we had a successful eggplant once. However, it wasn’t the grandiose plan we had in mind. We haven’t even attempted a garden in the past few years and our traditional garden in the backyard has now creeped back to grass. I decided to try my hand at the raise garden bed especially after I found a deal on this Greenes Fence Cedar Raised Garden Bed at Home Depot. I was able to get mine for $29.99 each shipped but the prices are normally $39.99. You can find these at places like Home Depot or Amazon.com. If you are handy, you can find a easy tutorial online to make your own, which would save you even more money.

I didn’t feel that handy and the deal on the Greenes Fence Cedar Raised Garden Bed shipped to my home sounded like a great idea. It was super simple to put together. I was able to put together two of these in about 15-20 minutes. 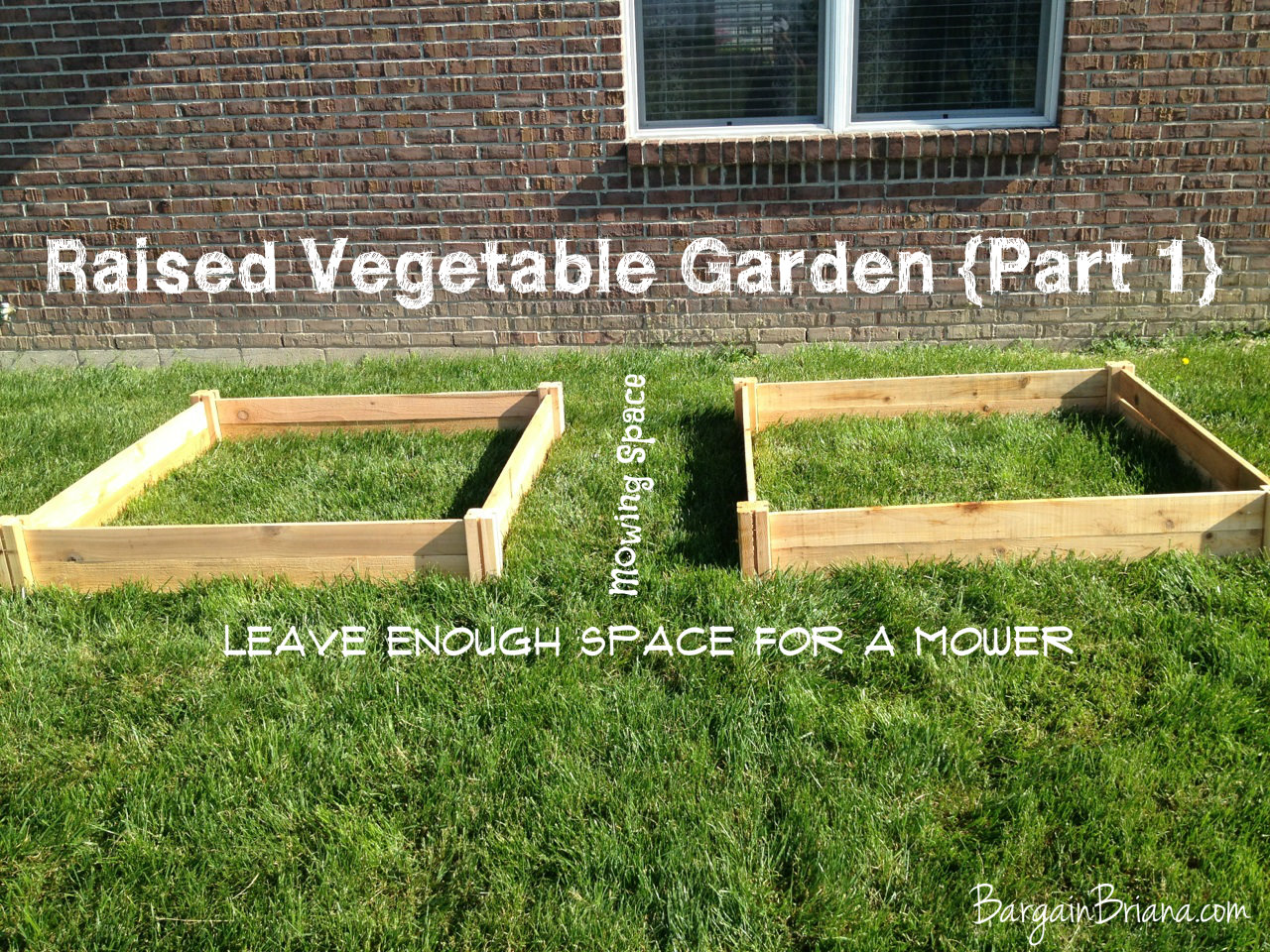 After these were put together, I made a trip to Menards to get my soil!

Updated to add: If you are going to do multiple beds, makes sure you leave enough space between the two of them and your home to get a lawnmower through it! I didn’t do this and have had to hear about it every time the boys mow! :) (Lots of you left this comment too as a suggestion! Too late for me but hopefully not too late for others!)

Read the next post: {Raised Bed Gardening Part 2} Putting Together the Soil